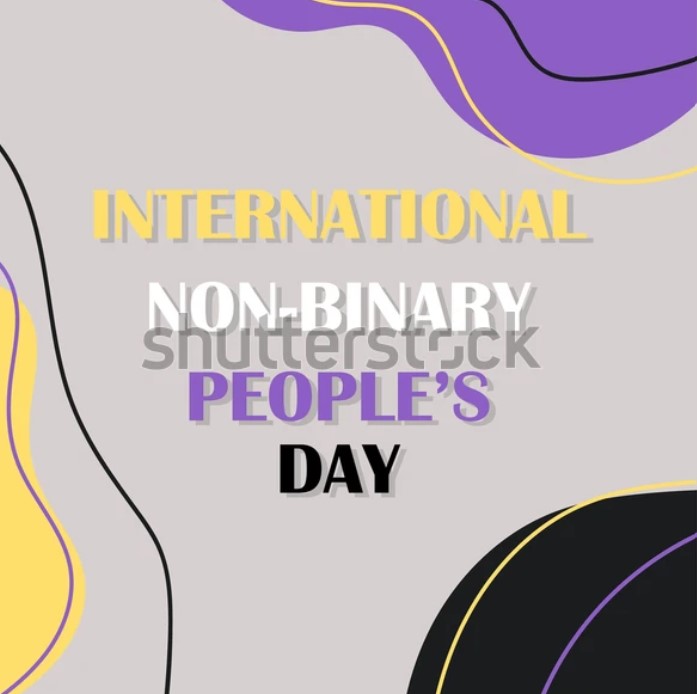 Every 14 of July, we celebrate people who identify as non-binary in all our communities.

This day is focused on shedding some light, raising awareness and organising around the issues faced by non-binary people around the world.

Some facts: Did you know?

First coined in 1995, non-binary, or gender non-conforming, or genderqueer, is an umbrella term for gender identities. The term refers to people who don’t identify as being solely ‘male’ or ‘female’.

Fact: An additional gender neutral term which is used by non-binary people is the title ‘Mx’, the neutral title of ‘Mr.’ and ‘Ms.’.

There are many known people who identify as non-binary and have had a huge influence on our culture, politics, philosophy and more throughout time.

Well-known figures around the globe who identify as non-binary include:

RISE with us and subscribe to our weekly newsletter: https://mailchi.mp/9bcab56b961e/keep-in-touch

Listen to season one of our podcast on Amplifying Diverse Voices:

A Leader Like Me is an empowered community that supports underrepresented people to build courage and confidence in their work so they can continue to thrive. Our Nest Community is a safe and supportive environment for women* of colour. It includes monthly Insight Sessions to provide information and inspiration while our monthly Group Coaching creates a needed space for members to share their challenges and opportunities, failures and success authentically with leaders like them who share their workplace experience.

For more about us, visit: https://aleaderlikeme.com/

*We welcome non-binary and transgender people of colour who can relate to and benefit from the women-of-colour experience.