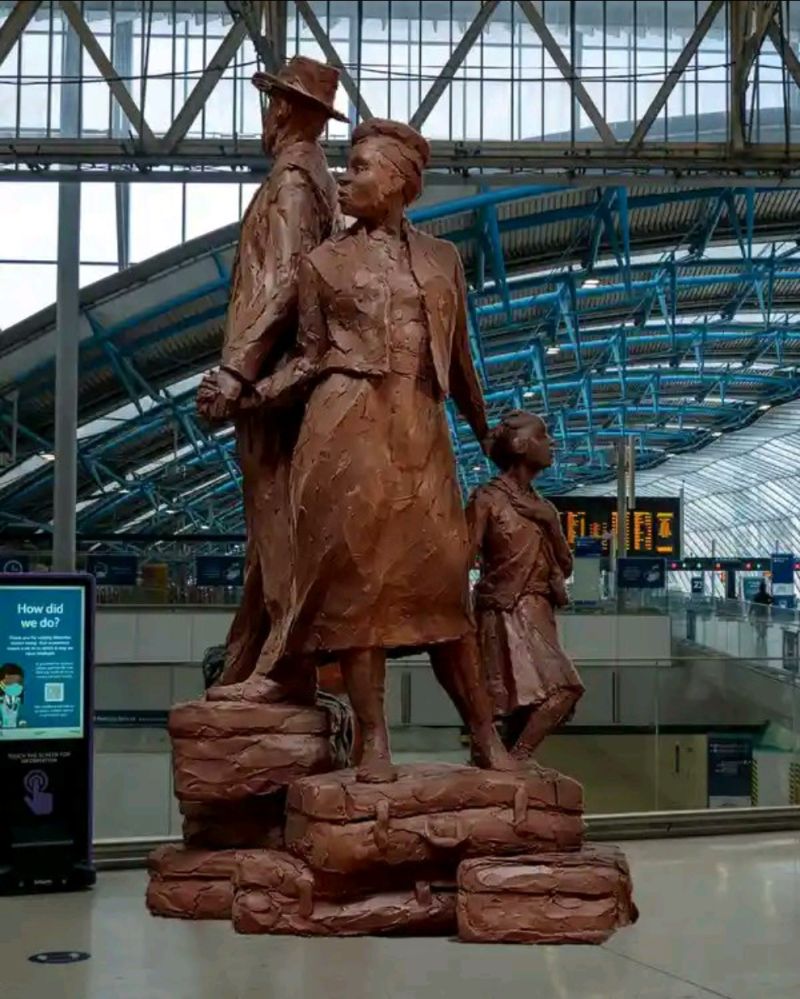 Note: Subscribe to our weekly newsletter RISE for the latest in DEI/EDI around the world. New subscribers will also receive free access to our 4 A's of Diversity webinar: https://mailchi.mp/9bcab56b961e/keep-in-touch

The monument, at Waterloo Station, pays tribute to the thousands of people who arrived in the UK from Caribbean countries between 1948 and 1971 to help rebuild Britain after the 2nd World War.

It depicts a man, woman and child standing on top of suitcases and was revealed to mark Windrush Day.

This is a beautiful piece of art from Basil Watson and he absolutely is deserving of all the praise his work has received and what it symbolises.

The government failed the Windrush Generation by not keeping records, which made it difficult for Windrush arrivals to prove their legal status.

In 2010, the government 'accidentally' destroyed landing cards belonging to Windrush migrants which meant that those who lacked documents were told they needed evidence to continue working, get NHS treatment, or even to remain in the UK.

In 2018 (yes 8 years later) then-prime minister Theresa May apologised for their treatment. An inquiry was announced and a compensation scheme established.

The Windrush Compensation Scheme was established in April 2019. About 15,000 people were thought to be eligible.

By the end of 2021, only one fifth had come forward and only a quarter (of that one fifth) had received compensation and its estimated that 20 people died before receiving their payment.

This is why the statue holds conflicting feelings for many people.

As a community that is continually harmed by the unwillingness of those with power and influence to commit and follow through on structural change, we are far less accepting of gestures (no matter how beautiful) and apologies (no matter how 'sincere').